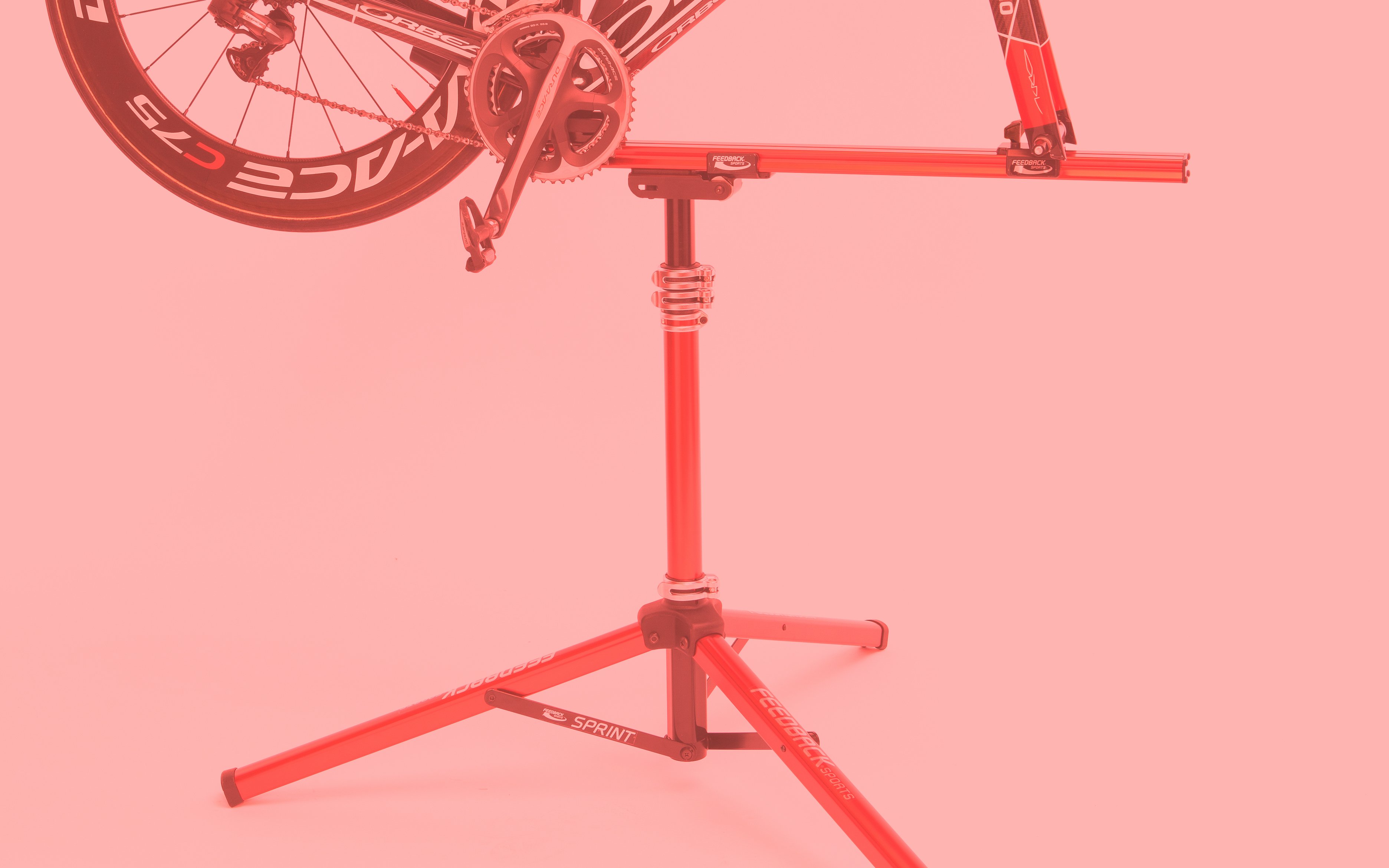 Spring has sprung! Technically. If you’re weathering the rains in SoCal or the endless string of nor’easters in New England, you might not be in a very spring-y mood, but the weather will warm up and clear up one of these days. Spring means gearing up for longer and more frequent summer rides, and that means getting your bike clean and in tip-top mechanical shape. Nothing makes that work easier than a good bike stand, so we put together this handy guide to bike stands so you can pick exactly the right one for you. 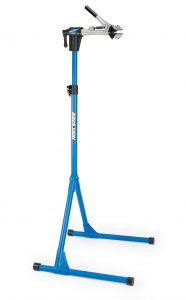 This is what most people think of when they think of a bike stand. Some legs that fold out, a clamp at the top to hold the bike by the seatpost, and that’s about it. Simple, durable, and relatively inexpensive.

Stands like this are easy to use, won’t break the bank, and will last forever. The bike is held by the seatpost or top tube — though if you clamp it by the top tube, make sure not to clamp the brake cable — and is held at a comfortable height so you can easily work on the drivetrain. Both wheels stay on and spin freely, great for derailleur tuning, lubing, and brake adjustments. If you aren’t doing major building or maintenance and you have a place to put it, these are a great option.

These stands aren’t usually very portable. The legs usually fold up, but they’re often still very tall and heavy. They’re also not as stable as a mounted bike stand — perfectly fine for normal washing and tuning, but not for serious wrenching, installing bottom brackets and pressing headsets and the like. There are lighter versions that fold, but they also lack the solid stability of a heavier or mounted stand. 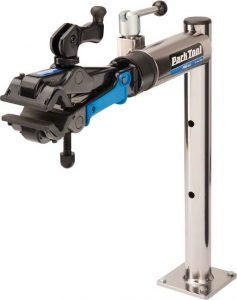 Bench-mounted stands aren’t really stands as much as they are clamps that bolt to a wall or workbench. They’re rock solid and will hold your bike through a hurricane, or even the fiercest wrenching.

Probably the most secure option available. If you’re doing serious cranking, such that you’re worried you might knock over a bigger stand, or you’re working on heavy bikes like a DH or e-bike, the added stability of a bench mount might be exactly what you need. They’re also less intrusive. Bench mounts don’t take up floor space, so when there’s no bike in them, they’re out of the way and aren’t taking up your whole balcony or half the garage.

They don’t move, obviously. Once you mount it, you’re kind of stuck with it, and you can’t take it to the trailhead or race to make last-minute tweaks. Another downside is that since it’s mounted to a bench, you can’t get to the other side of the bike (there’s a bench there). You’ll have to unclamp and rotate it. Not a huge pain, but it gets annoying over time. There’s also the possibility of walking into the protruding clamp when you’re feeling your way through the garage in the dark, but that’s really more of a you problem.

This is basically the same as a bench mount, but bolted directly into the floor. Same stability and longevity, same permanence. You might also need to use a mason drill to make holes in the garage floor, or mount it to a heavy metal plate to keep it from tipping. Shop-style clamps are great if you have a corner of the house or garage that you can dedicate to bike maintenance, but are otherwise probably too inconvenient for the average person. 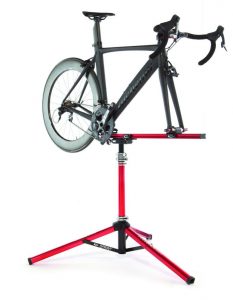 A pro-style or Euro-style stand sits much lower, and requires taking a wheel off. Rather than clamping on to the seat post or top tube, these mounts use the front or rear axle to hold the bike in place. This allows for on-the-fly adjustment of virtually every component, easier access to both sides of the bike, and super convenient cleaning and tuning.

The best access of any type of stand. Since the bike is on top of the stand rather than next to it, you have equal access to both sides of the bike. In the case of the Feedback Sports Sprint above, you can even flip a quick-release to rotate the entire thing. Also, since the bike is lower, you can sit down while you work on it rather than being on your feet the whole time.

There are some things — like adjusting brakes — that just need the wheel to be on. If you’re only doing one wheel, this might not slow you down because you can just mount it by the other wheel, but if you’re doing both then it’ll be significantly slower to switch from one to the other. It’s also slower to mount the bike in the first place, since you have to take the wheel off and then mount it again, rather than just throwing the seatpost in a clamp.

Hope all this helps! There’s more variety in stands than we went into here — some of them fold, break down for storage, or come with their own carry cases — but this should give you the basic info you need to find the perfect stand for you. 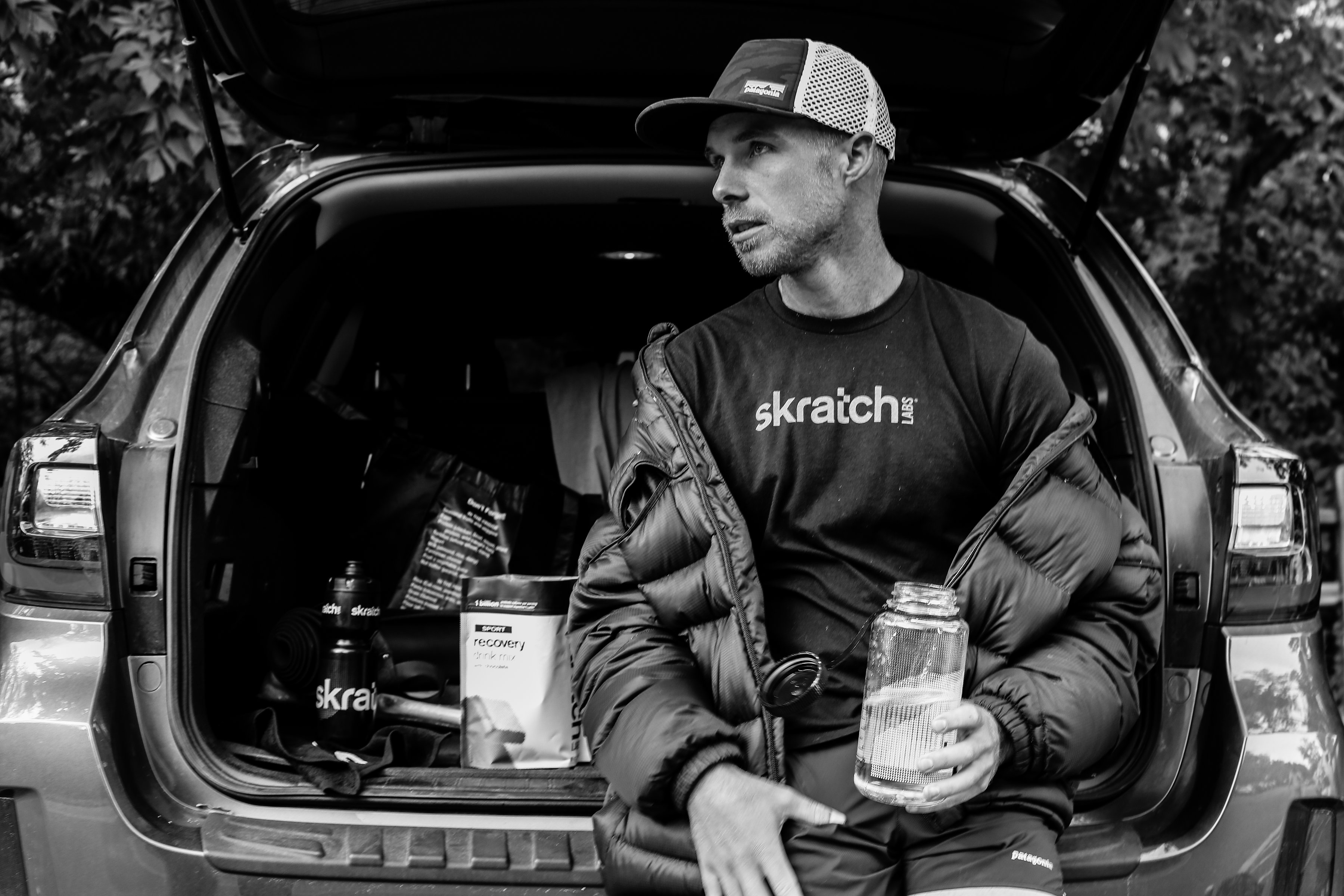