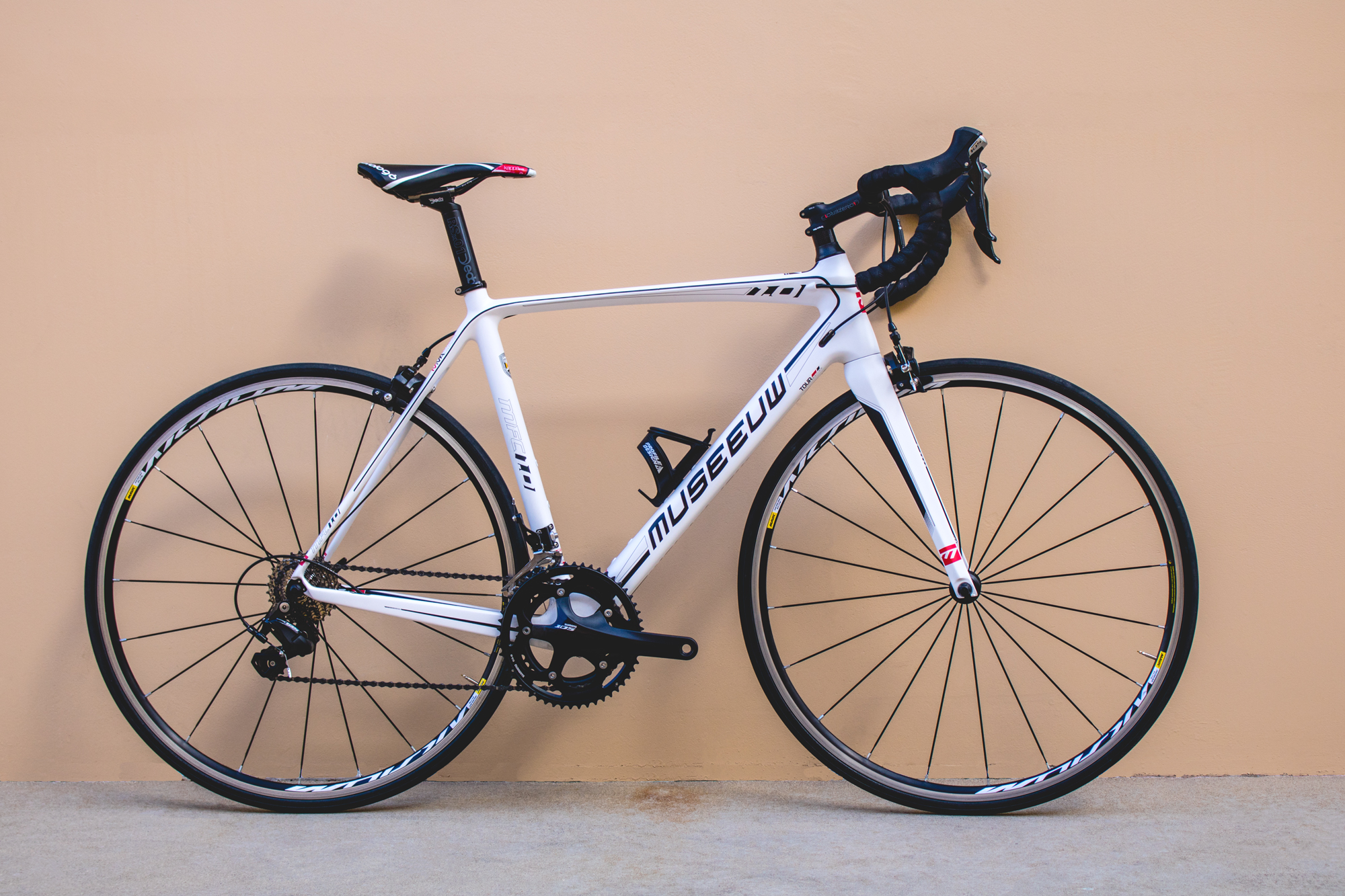 MUSEEUW BICYCLES – WHAT YOU NEED TO KNOW

Museeuw Bicycles is the brainchild of well-known Belgian cyclist Johan Museeuw, who founded the company after he retired from road racing after 16 years of professional cycling. Known as the Lion of Flanders, Johan was one of the most successful cyclists Flanders has ever seen. The Lion took the title at both the 96′ World Championships and the Cobbled Classics. And in addition to being a six-time winner of the Paris-Roubaix and the Tour of Flanders, Johan took second and third place on eight different occasions. His passion for racing, riding and rocking the podium led him to team up with IPA Composite’s of Belgium and Billato Linea Telai, a frame builder in Italy. This union has led to the creation of a perfect match of composites, solid quality control and impeccable design in every frame and every fork.

In case you hadn’t noticed from his resume above, Johan has more experience than most with rough roads. When he started Museeuw Bicycles, he sought to answer the age-old question — at least in the bike world — of balancing strength and performance while delivering supreme comfort. No expense was spared during the development of Museeuw carbon frames and forks. Mating High Modulus carbon and flax fibers together, Johan created a frame offering the best features of both materials. Marrying these materials together results in a combination that’s greater than the sum of its parts. The fibers of the flax, placed at specific joints on the frame, soak up the shocks of the road through the frame better than carbon on its own. Since the tensile strength of the carbon varies between models, along with reinforcement with Flaxpreg in critical areas, these frames are independently tuned for vibration damping and strength. 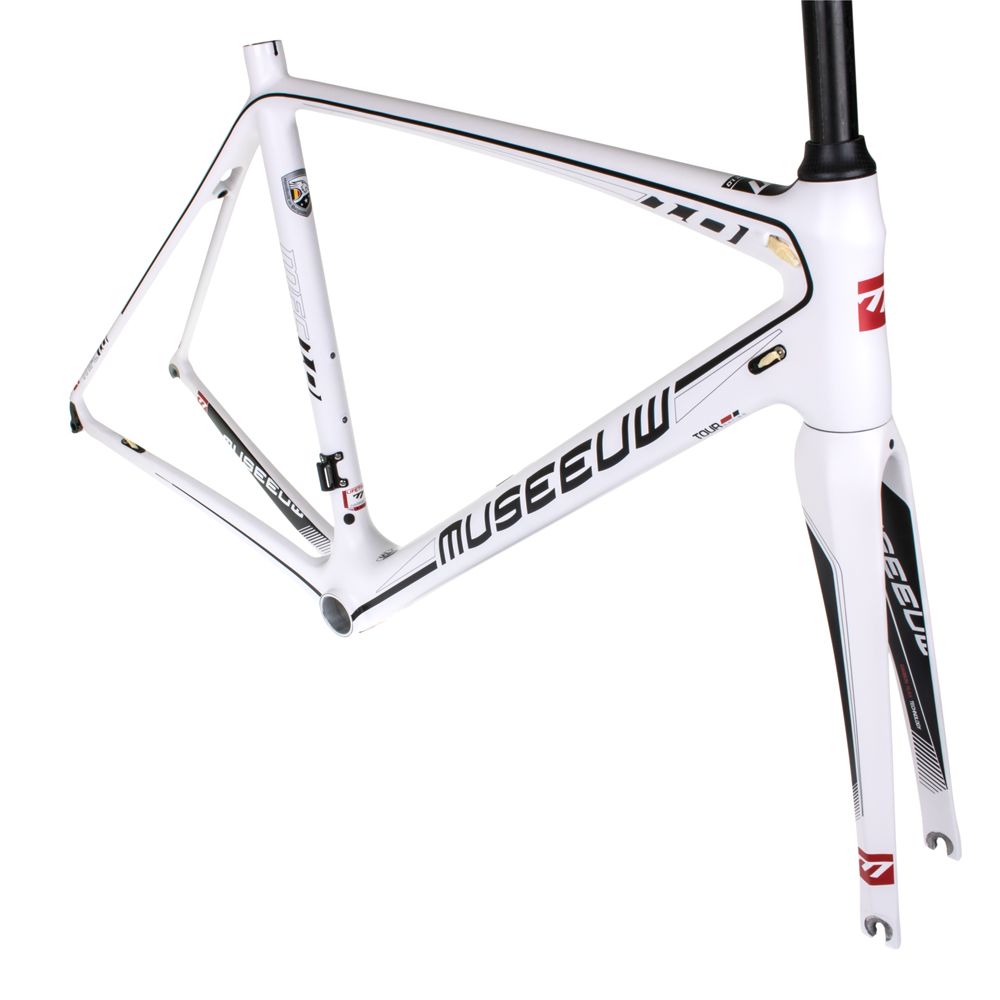 If you want to sit in the saddle all day, putting down power and munching the miles, the MFC 1.0 and 3.0 are built for you. A progressive tour-style geometry blends strength and comfort to keep you rolling for as long as you want. The MFC 1.0 and 3.0 frames combine High Modulus carbon and Flaxpreg 2.0 — flax fibers embedded on the seatstay and fork for maximum damping — to sharpen the frame’s characteristics and deliver agile handling while remaining smooth on rough surfaces. Externally, the frame’s aesthetic is as smooth as its ride, with internal cable routing, electronic shifting compatibility, a BB86 bottom bracket, and a reverse aero-tapered fork. And if you want to take your touring build to the next level, the MFC 3.0 shaves grams and seconds, swapping out higher-tensile carbon fiber to deliver a stiffer, smoother road-going experience. 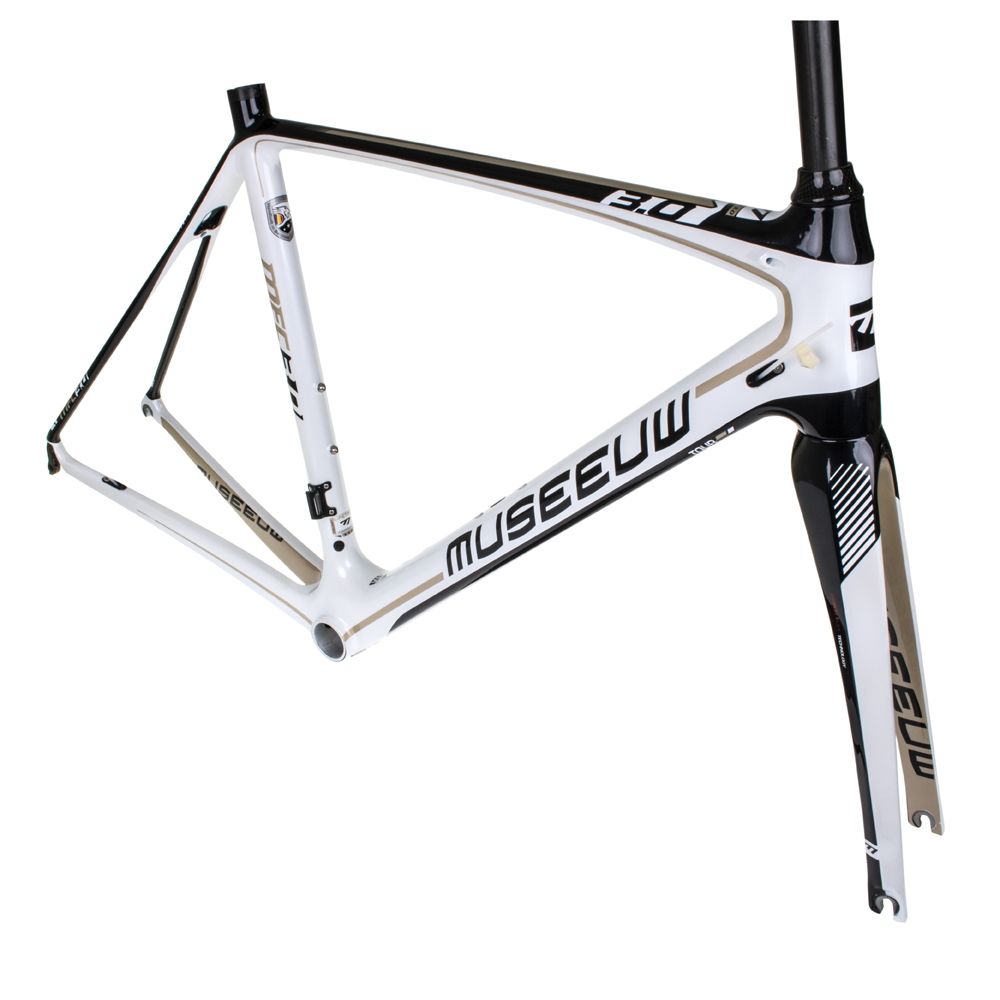 Inspired by the cobblestone roads of the Paris-Roubaix and the Tour of Flanders, the MFC Tour geometry is the product of years of methodical design by Johan Musseuw. It is designed with square reinforced tubing to give more torsional and lateral stiffness, a taller cut headtube for a more upright and stable ride and a MFC carbon fiber/Flaxpreg fork with a tapered headtube for smooth and responsive steering. The bumpiest roads of yesteryear have been crushed and re-paved in most areas, so you might just have to take this bike on a tour of your own and find those roads paths less traveled. 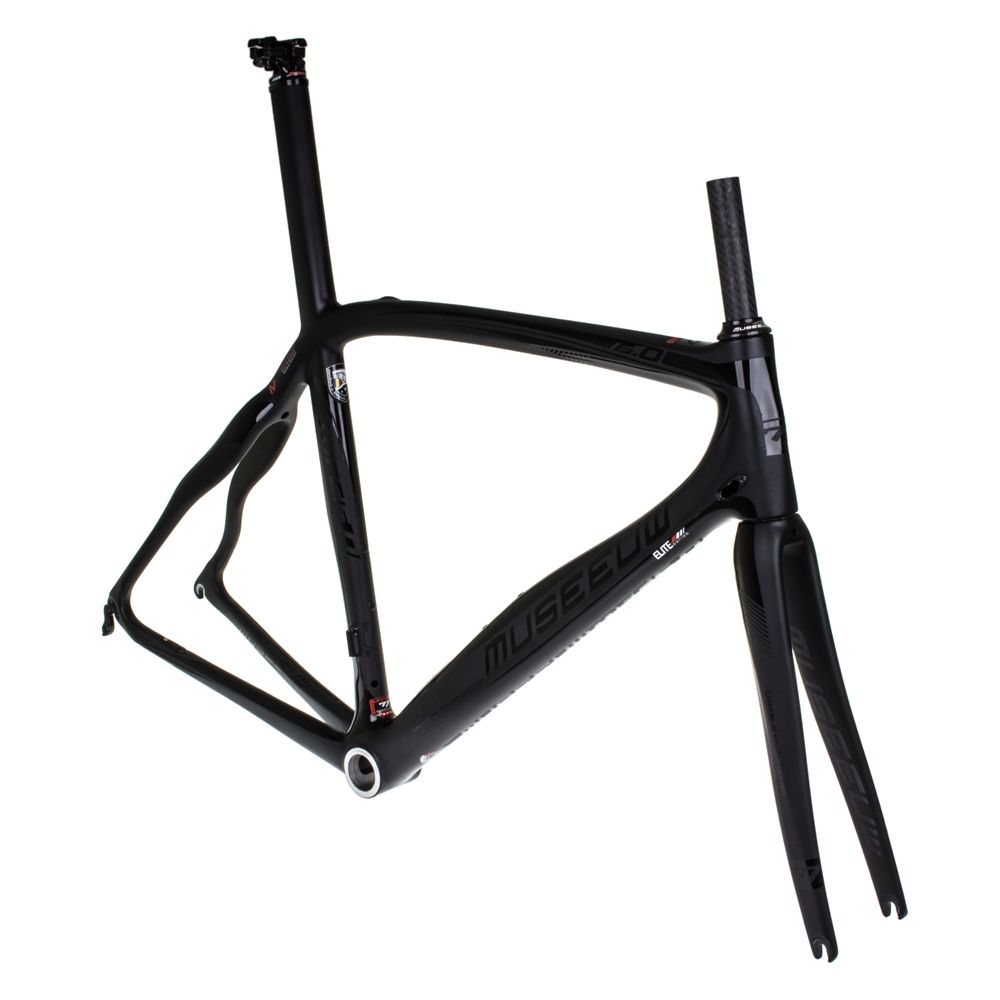 The MFC 6.0 Elite frame is built for racing first and everything else second. It’s comprised of 46 Ton HM Carbon (46 tons of tensile strength) and Flaxpreg 2.0 (Flaxpreg on seatstay and fork), giving the frame and fork the structure for fast and responsive handling while absorbing vibrations when hitting the pavement. Equipped with Aero tubing and an integrated seat mast, BB30 bottom bracket, and a MFC custom aero-tapered fork, this frameset is right at home in the top spot in your stable.

The MFC Elite geometry was designed to make the MFC 6.0 a hill-climbing, sprint-winning, cobblestone-crushing race-day bike. This design is far from being a drag with its aero tubing; remaining torsionally and laterally stiff, the MFC 6.0 has a lower-cut headtube for a forward and lower position. Pair this frame with a MFC custom Aero carbon fiber/Flaxpreg fork and tapered headtube for smooth and responsive steering.

Planet Cyclery is the sole distributor of Museeuw frames, and now offers complete bikes! Shop our website to build yours today! 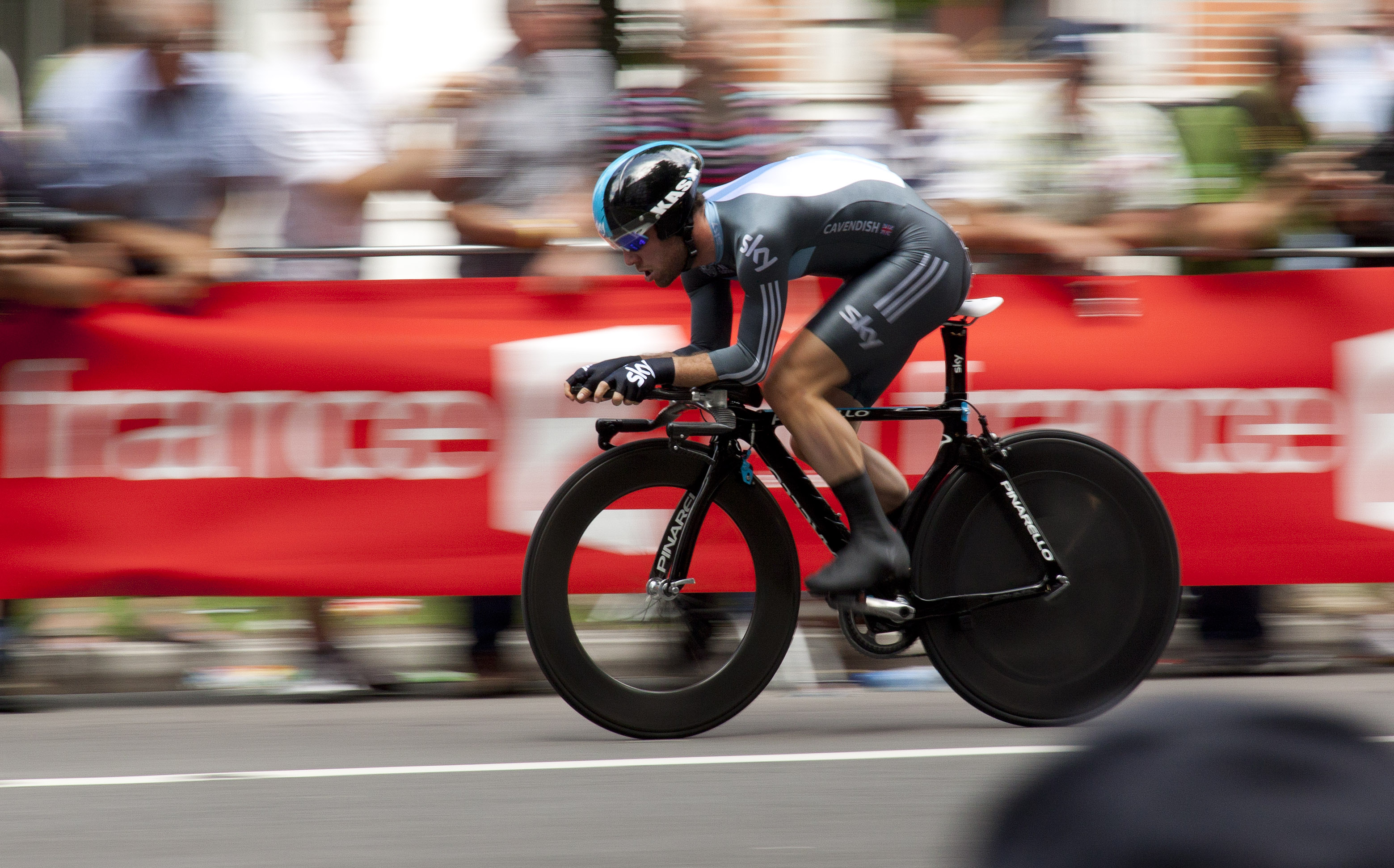 THIS IS YOUR HEART ON CYCLING

THIS IS YOUR HEART ON CYCLING