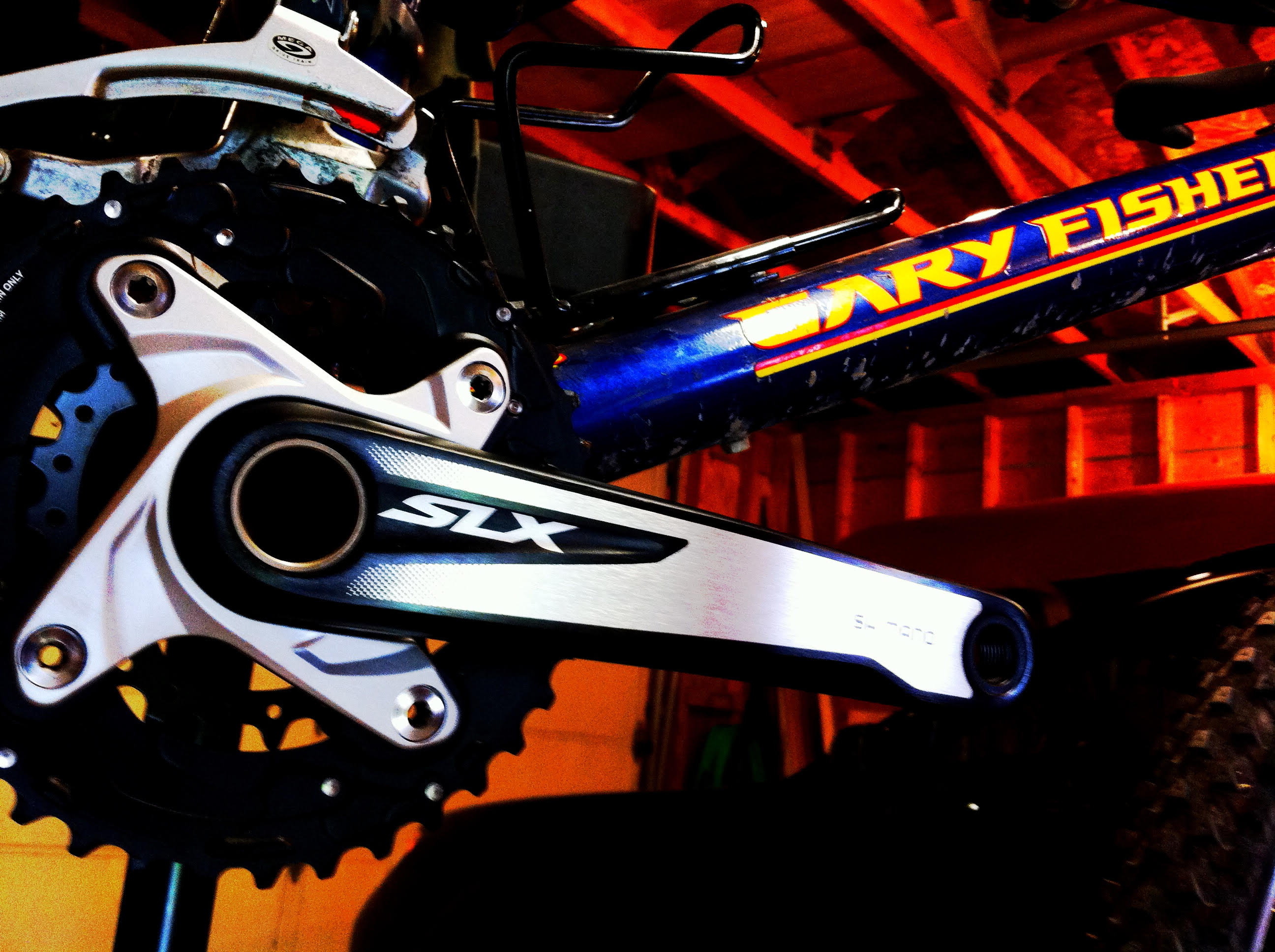 For some reason the drive-side crank arm didn’t want to come off. “That’s odd,” I thought, and cranked harder. That’s when two phrases I’ve heard all my life suddenly became crystalline in my mind, and so very, very agonizingly apropos: “just enough knowledge to be dangerous” and “doesn’t know his own strength”.

First the puller broke free as I sheared the handle from its central shaft. Then, when I tried to undo what I had done, my trusty 15mm Craftsman wrench turned the piece-of-crap chain-store puller’s 15mm bolt to butter. Uh-oh.

It was already a moot point by now, but this is when I peered around the other side of the bike to confirm that, for some utterly mysterious reason, that XT crankset I was absolutely convinced was the last of the old Octalinks was actually the last of the old square-tapers. Which means I used the wrong puller — ever so slightly wrong, as they are absolutely identical save for a very slightly, and, it turns out, crucially differently shaped end bit — not only utterly destroying the tool in the process (trust me, it is a mangled mess of total uselessness), but hopelessly (and, very possibly, permanently) wedging it into the drive-side crank arm of my wife’s bike — which is now both completely unrideable and a visible testimony to my moronic mechanical ineptitude.

At this point, I had no choice but to hang my head in shame and take the bike down to my buddy Morgan at Olympia Cycle, which was largely empty, thank the gods, due to the torrential rain. “Two questions,” I half-whispered. “One: Can you fix this? And two: How much not to tell anyone about it?” Of course I had to leave the bike there indefinitely (presumably it will take some time to order in the small tactical nuke they’ll need to get that tool out of there without killing everyone in the shop — if indeed it’s even possible), and of course by this time I was feeling defeated, deflated, and starving hungry. So I stopped at Deluca’s to grab some pizza fixings. They didn’t have any. Which is when I noticed that the trip meter on my battered old Subaru’s odometer read 666.6 (I shit thee not). After driving the demon-car to the liquor store to get beer, the first thing I touched (a cardboard six-pack) fell to pieces in my hands, spraying dented foaming cans of suds every which way. Deflated but now ravenously hungry, I picked up some takeout and headed for home.

The next thing I recall was a loud “snap!” as I found myself holding two very mismatched chopsticks, the air and tabletop filled with hundreds of tiny shards of exploding chopstick-lumber as Murphy’s Law continued to work its magic in my ham-fisted mitts.

“That’s it!” said Lyn. “You’re not touching anything else tonight. Just sit down and drink your beer. Here’s a nice, big, safe, round spoon to eat your sushi with. No, you can’t have a fork.

Art Turner is a former road and track racer from the days when dinosaurs roamed the earth (in leather hairnets) and seven-speed cassettes were basically cheating. He actually won a race once, but nearly killed himself when he hit a pothole halfway through his victory salute. These days he can be found dodging homicidal motorists on a tasteful titanium road bike, whipping up a mean ratatouille, or scaring local children with the foul language emanating from his backyard workshop. He is also the brains, eyes, and fingers behind artturner.com and artturnerphotographer.com. 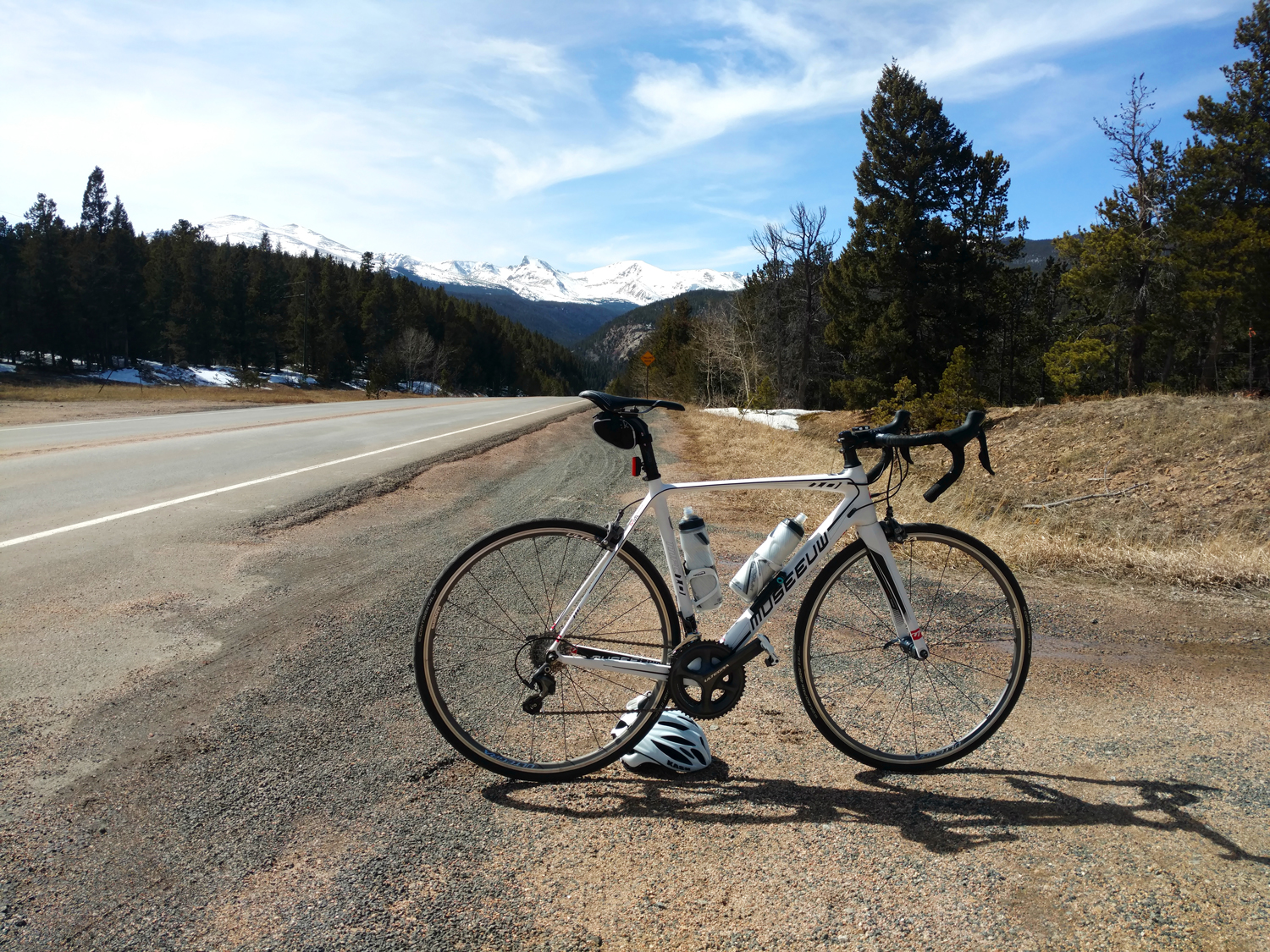